US Intelligence Director Says China Is Top Threat To America 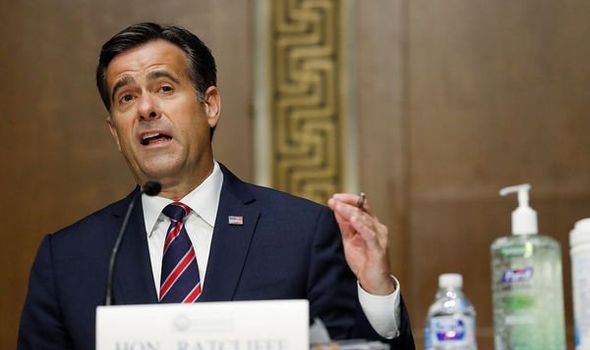 “The intelligence is clear: Beijing intends to dominate the U.S. and the rest of the planet economically, militarily and technologically,” Ratcliffe wrote in an op-ed published Thursday in The Wall Street Journal. “Many of China’s major public initiatives and prominent companies offer only a layer of camouflage to the activities of the Chinese Communist Party.”

“I call its approach of economic espionage ‘rob, replicate and replace,’” Ratcliffe said. “China robs U.S. companies of their intellectual property, replicates the technology and then replaces the U.S. firms in the global marketplace.”

“It offered nothing new but repeated the lies and rumors aimed at smearing China and playing up the China threat by any means,” Hua said at a daily briefing on Friday. “It’s another hodgepodge of lies being produced by the relevant departments of the U.S. government for some time.”

Ratcliffe, a Trump loyalist who has been accused of politicizing the position, has been the nation’s top intelligence official since May. In his op-ed, he did not directly address the transition to a Biden administration. Trump has not acknowledged losing the election.