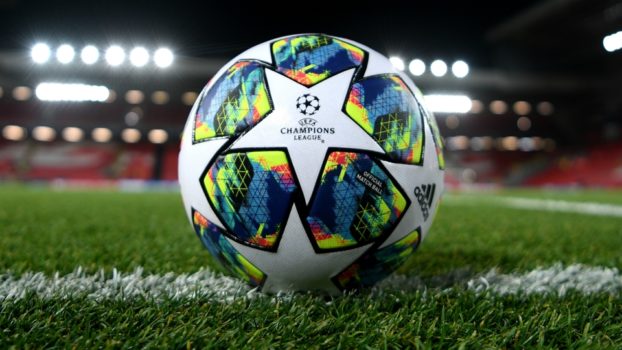 Liverpool will face Real Madrid in the quarter-finals of the Champions League
Manchester City have been drawn against Borussia Dortmund, while Chelsea play Porto and defending champions Bayern Munich take on Paris St-Germain, the team they beat in last year’s final.

In the semi-finals, the winner of the Real Madrid v Liverpool tie will face Porto or Chelsea and Manchester City or Dortmund will take on Bayern or PSG.

The quarter-final first legs will take place on Tuesday 6 and Wednesday 7 April, with the returns set for Tuesday 13 and Wednesday 14 April. The semi-final ties are scheduled for 27/28 April and 4/5 May.

Yes, for administrative purposes. The winner of semi-final 1 will be considered the home team for this season’s final, which is being staged at the Atatürk Olympic Stadium in Istanbul, Turkey, on Saturday 29 May.
Timetable:
Quarter-finals
First legs: 6/7 April
Second legs: 13/14 April