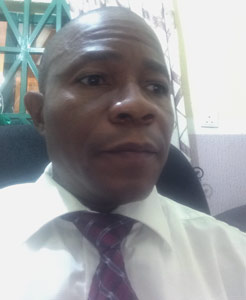 Eweoya is adept in diagnosis and giving best management to patients with empathy and professional attitude. He is also experienced in counselling, promotion of positive lifestyle and preventive medicine.

Dr Olugbenga Eweoya is today in private practice as the Medical Director of Agape Biomedical Clinic which is located in the Kuje area of Abuja FCT. He is however also well cultured in the academic side of medicine. He has a doctorate degree (PhD) in Anatomy.

Eweoya’s work history is as interesting as it is engaging. He was an intern/Iocum doctor at the University of Ilorin Teaching Hospital from 2000 to 2002. He had a stint as Medical Officer at the Federal Secretariat Staff Clinic in Ilorin between March and June, 2002.

He was engaged as Lecturer II at Ladoke Akintola University of Technology (LAUTECH), Ogbomosho between 2002 and 2007. While there, he was fully engaged in academic and related duties. At different times he was Co-ordinator, Gross Anatomy Laboratory; Examination Officer, Anatomy Department; Head, Anatomy Department and College Representative on LAUTECH University Admission.

He worked briefly as Medical Officer at State Hospital, Saki, Oyo State in 2008. Eweoya later joined the services of the Nigeria Immigration Service as Director of Medical Services in 2009. He held that position until February 2014. He has run Agape Biomedical Clinic since 2015.

Olugbenga Eweoya traversed different settings in search of academic laurels. Beginning form The Polytechnic, Ibadan, he attended the University of Ilorin where he graduated with a Bachelor of Medicine, Bachelor of Surgery (MBBS) in 2000. He went on to the College of Medicine, University of Lagos where he bagged an M.Sc in Anatomy in the year 2006.

In 2011, he was awarded a certificate in Diagnostic Ultrasound by Genesis Scan, Chennai, India. That same year, he also had a Postgraduate Diploma in Management.

His other qualifications include: Certificate of Competence in Sexual & Reproductive Health, HIV and Gender Based Violence from The University of Witwatersrand, Johannesburg, South Africa (2013). Certificate of the Advanced Life Support in Obstetrics Provider Course (2014) and the Postgraduate Diploma in Family Medicine from the National Postgraduate Medical College.

He earned his Doctor of Philosophy degree from Olabisi Onabanjo University, Ago – Iwoye, Ogun State in 2019.

Eweoya is married and blessed with children. As pastime, he loves reading, playing golf and scrabble.

It is in recognition of his contribution to national development in the field of Human Medicine and Health Facility Management that Dr Olugbenga Olawale Eweoya was deemed worthy to be conferred with the Development in Nigeria Merit Award which is part of the 21st PSR National Awards.