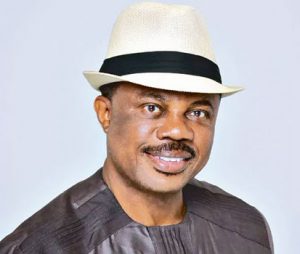 The Economic and Financial Crimes Commission has confirmed that the immediate-past governor of Anambra State, Willie Obiano, is in their custody and has been moved from Lagos to their facility in Abuja.

Obiano was arrested by the EFCC on Thursday night hours after his handover to the new Anambra Governor, Chukwuma Soludo.

He was arrested at the Murtala Muhammad International Airport, Lagos while trying to board a flight to Houston, Texas in the United States.

The EFCC had announced last November that the former governor was on their watchlist and had asked the Nigeria Immigration Service to inform them, anytime he was travelling out of the country from any of the international airports.