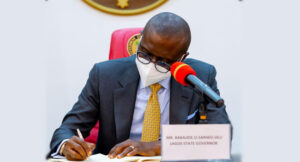 Lagos State Governor, Babajide Sanwo-Olu has approved a flat rate increase by N100 in fares for all Bus Rapid Transit (BRT) and Standard Routes  buses in order to sustain the operations of the regulated bus services.

According to Lagos State Government, the increase will come into effect on Wednesday, 13 July, 2022.

The governor while consenting to the fare increase also approved a proposal for a bailout for the bus operating companies (route franchise operators/concessionaires), in order to cushion the effect of the harsh operating environment, safeguard private partnership investment and forestall the demise of formalised bus operations in the state.