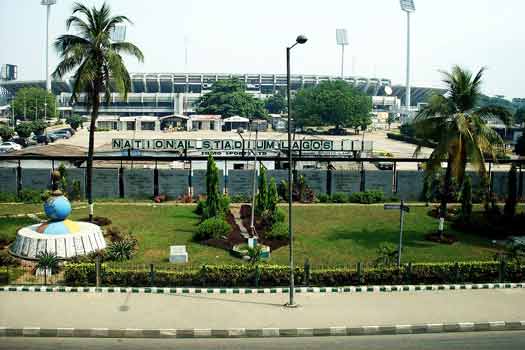 Minister of Youths and Sports, Solomon Dalung has arrived Lagos  to begin a two-day working visit to the National Stadium. The visit is aimed at working out modalities towards the handing over of the national edifice to the Lagos State Government.

Special Assistant to the Minister on Media, Nneka Anibeze  revealed that the Lagos State Governor, Akinwunmi  Ambode, had last week expressed his intention to bring the stadium back to life when he paid a condolence visit to Dalung over the loss of his wife  in Abuja last week.

“The inspection begins what will eventually end up as a co-operation between the Federal Government and Lagos State to renovate the National Stadium. The edifice has continued to dilapidate after the last international game was played on the main bowl in 2005,” she said.

While at the stadium, Dalung and Governor Ambode are expected to access the level of deterioration and consequent repair work to be done on it before visiting the various youth centres in the state.

It would be recalled that the Sports Minister had in November last year, hinted that the Federal Government would be selling the National Stadia in Abuja and Lagos as it could no longer manage all the sports facilities in the country successfully.