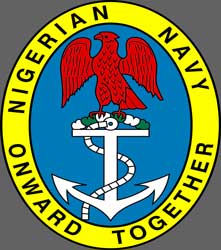 An officer of the Western Naval Command, Apapa, Lagos, name withheld, has been arrested by the Lagos State Police Command for allegedly killing his wife, Mary Egbailo.

The 30-year old suspect is alleged to have beaten the victim till she gave up the ghost at their house on Eze Anthony Street, in the Igando, Alimosho area of the state on Tuesday.

Our correspondent gathered that the ugly incident occurred shortly after the Ebute-Irete, Ondo State indigene had brought back his 29-year-old wife from the Cherubim and Seraphim Church in the area where she had been since Sunday. It was gathered that immediately they entered their apartment, an argument ensued which led to a scuffle that resulted in her death.

She was said to have been rushed to El-Dunamis Hospital where she was confirmed dead. An official of the hospital who did not want to be identified, said the husband claimed she took a local insecticide popularly called “Sniper.”

He said: “She was brought around 11:30 a on a tricycle. A man who wore military uniform and claimed to be her husband, was screaming that she took sniper insecticide.”

It was gathered that the victim would have been taken to her hometown for burial but for the insistence of their landlady, who maintained that Mary did not take Sniper but was a victim of domestic violence.

The landlady who spoke with our correspondent alleged that Ayodele had been assaulting his wife since last year. She said that she decided to report the case to the Police to prevent the suspect from escaping justice and get him to face the full weight of the law.