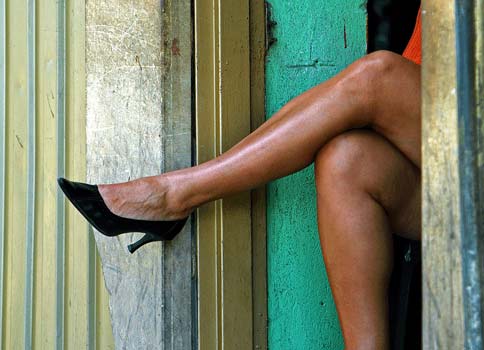 The Nigerian Sex Workers Association (NSWA) has called on the Federal Government to legalize prostitution in order to curb the spread of HIV and AIDS in the country.

The National Coordinator of the association, Amaka Enemo stated this on Wednesday during the presentation of a report titled ‘Understanding the High Risk of Urban Sexual Networks in Nigeria’.

Enemo who was instrumental in gathering and providing information for the compilation of the report which was sponsored by the National Agency for the Control of AIDS (NACA), the University of Manitoba, United States and the World Bank, said sex workers in Nigeria were treated as criminals as evident in the frequent harassments and arrests by law enforcement agents especially the police.

“Sex workers face violence from their clients and law enforcement agents. Sex work is seen as a crime and the police raid streets and brothels to arrest sex workers. They collect money and if the girl cannot pay money, she will give sex to the policemen,” Enemo said.

“If the law enforcer does not want to use condom, the sex worker has to agree and that is why HIV is on the increase. So in this study, all the sex workers we interacted with said their biggest problem was law enforcers,” she added.

The 36-year-old revealed that countries like Holland and New Zealand where prostitution has been decriminalized had lower cases of Sexually Transmitted Diseases (STDs) while Nigeria where prostitution is illegal, has the second highest risk of HIV in the world.

She maintained that legalising prostitution would reduce the rate of girl child exploitation and violence against women, adding that the spread of the pandemic would not stop unless the government partners with sex workers instead of hounding them.

In his remarks, the Director, Strategic Knowledge Management at NACA, Dr Kayode Ogungbemi said commercial sex workers in the country should be reached out to, enlightened and taken very seriously since they were also patronised by married men.