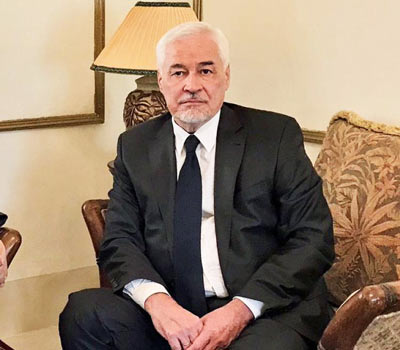 The Sudanese Police authorities on Thursday confirmed the death of the Russian ambassador to the country, Mirgayas Shirinsky.

Shirinsky was found dead floating in the swimming pool at his residence in Khartoum, the country’s capital.

According to the spokesman of the Sudanese Police, the envoy who was known to be suffering from high blood pressure, is believed to have died of natural causes.

In a statement which was issued after the discovery of Shirinsky’s corpse, Sudan’s Foreign Ministry expressed shock over the incident and extended its condolences to Russia over the loss of Shirinksy whom they hailed for his exemplary diplomatic efforts.