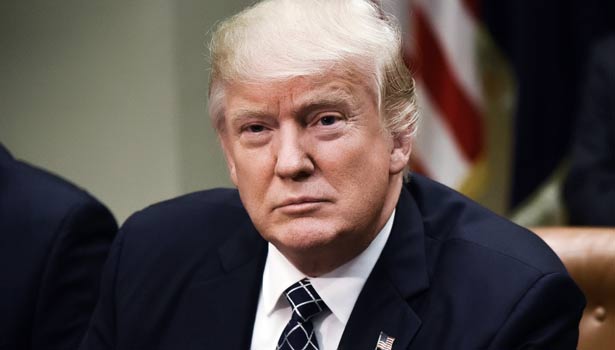 United States President, Donald Trump has said the country’s military option against North Korea was already locked and loaded and awaiting any unwise action from Pyongyang.

In a tweet he posted on Friday, Trump said: “Military solutions are now fully in place, locked and loaded, should North Korea act unwisely. Hopefully Kim Jong Un will find another path!”

The fiery tweet from Trump has heightened the already escalated war of words with Kim’s nuclear-armed regime even as China has appealed to the two leaders to dampen the exchange of words.

Yesterday, Trump had warned that Pyongyang would face “fire and fury” if it kept threatening the United States and warned the Asian country to be very nervous of the consequences if she even thinks of attacking any US soil after Pyongyong threatened that  it was planning to launch missiles towards the pacific territory of Guam.

Pyongyang had said the plan to strike Guam, an Island which accommodates a key US military outpost in the Western Pacific was to send a critical warning as “only absolute force” would have an effect on a US leader who is “bereft of reason”.