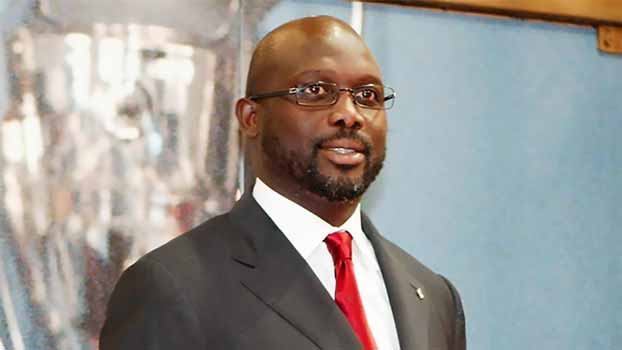 The nation’s National Elections Commission (NEC) Chairman, Jerome Korkoya announced the results of 1,232 polling stations out of the 5,390 in the 15 counties of the country on Thursday evening.

According to the results so far released, the 51 – year – old Weah led in 11 counties including Grand Kru, Sinoe, River Gee and Grand Gedeh County where he had over 76.1% of the total valid votes.

He is closely trailed by the country’s Vice President, Joseph Boakai who led in only Lofa county with 78.1% of counted votes while Charles Walker Brumskine also led in Grand Bassa with 48.4% and Rivercess (37.3%).

The NEC said it would release the result of the remaining 4,158 polling stations in the coming days to determine who succeeds Ellen Johnson Sirleaf as the country’s next president and called upon the media not to release unverified results.