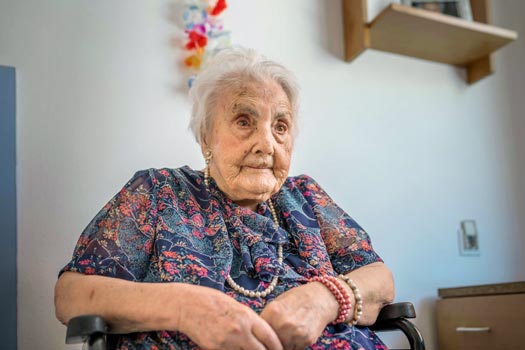 Spain’s Ana Vela Rubio, the oldest person in Europe has died at the age of 116. According to Spanish media, Vela Rubio died on Friday at an elderly care home in Barcelona, Spain

Born on October, 29, 1901, Vela Rubio was Europe’s oldest resident and the world’s third oldest person, according to the International Gerontology Research Group.

The former seamstress had lived in Spain’s Catalonia region since the 1940s with her 90  year old daughter, who had been by her side at the convalescent home for the past four months.

Italy’s Emma Morano, the last living person born in the 19th century died in April. Morano had held the Guinness World Record  for the oldest person in the world.