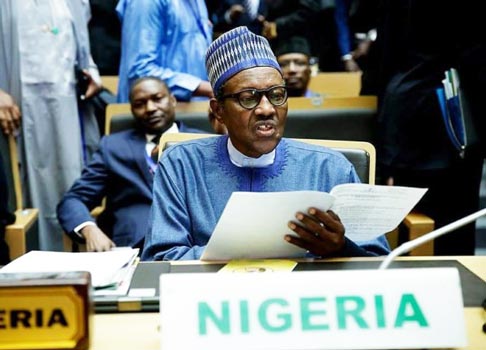 Nigeria’s President Muhammadu Buhari has been named as the first ever Anti – Corruption Champion in Africa by the African Union (AU).

Buhari’s recognition at the AU Summit in Addis Ababa, the Ethiopian capital, the AU says, is a recognition of his efforts towards ending graft in Nigeria.

Lauretta Onochie, the President’s Special Assistant on Social Media made the revelation in a Twitter post on Sunday.

President Buhari had while presenting a paper at the summit titled “Winning the Fight Against Corruption: A Sustainable Path to Africa’s Transformation”, disclosed that the scourge of corruption robs the continent of over $50 billion annually and called on his fellow leaders to be resolute in the fight to curb the menace.

“This is not stating that fighting corruption is going to be a straight forward task as corruption will always fight back. Irrespective of setbacks faced in the fight against corruption, African leaders must remain resolute,” Buhari said.