Mourinho Was My Stumbling Block At Real Madrid – Kaka 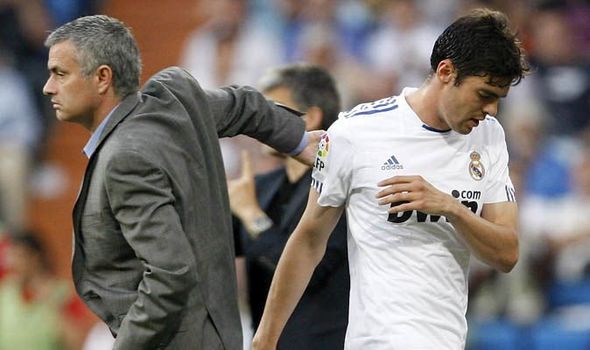 The Spanish giants signed Kaka in 2009 after paying a whooping sum of  £56 million to Italy’s AC Milan, making him the most expensive player in the world at that time.

However, the Brazilian midfield maestro and former Balon D’or winner failed to live up to expectations at the Bernabeu as recurrent injuries and inconsistencies posed  major problems for him.

Speaking to Sport TV over the weekend, Kaka blamed Jose Mourinho as the one thing that stopped him from making a huge impact at Real Madrid.

“My problem at Madrid was continuity. First for the physical issue and then for the choice of the coach. I spent three years trying to convince Mourinho that he could give me opportunities. But it was his choice, it was beyond my reach.

“What I was doing was being an excellent professional. And today I have the great joy of being able to get to Madrid and have the doors open. Florentino says I was one of the most professional players who came by,” Kaka said.