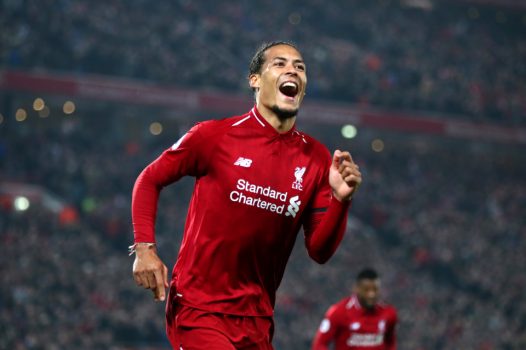 The Dutch duo of Virgil Van Dijk and Vivianne Miedema have won the Professional Footballers’ Association (PFA) Player of the Year awards for the 2018/2019 season in the male and female categories respectively.

Van Dijk, who was signed in January 2018 from Southampton for a world record fee for a defender for £75 million has been one of the key players in Liverpool’s ongoing UEFA Champions League and EPL title challenge this season.

The Dutch International has also been a rock at the heart of Liverpool’s defence, helping the team keep 19 clean sheets from the 36 league games in which he has featured in, 28 of which they have won.

He has also contributed three goals and two assists during the campaign.

“It’s the highest honour you can get as a player to get voted player of the year by the players you play against every week. It’s special. I’m very proud and honoured to receive it,” Van Dijk said.

Van Dijk could still end the season with a Premier League winner’s medal as The Reds currently trail Manchester City by a single point with just two matches remaining.