FG Can Seize Assets Even Without Corruption Allegation – Osinbajo 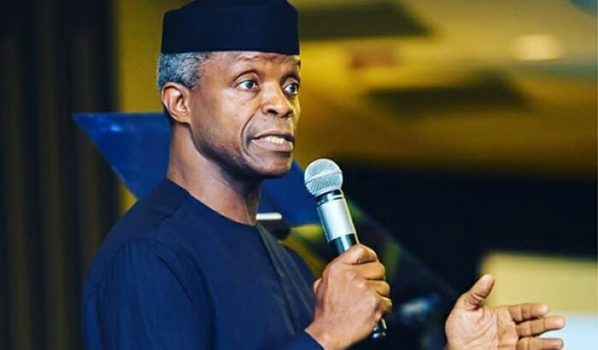 Nigeria’s Vice President, Prof. Yemi Osinbajo on Tuesday said that the Federal Government has the power to seize assets from citizens who cannot explain the source of their wealth.

Osinbajo stated this while declaring open the anti-corruption conference organized by his office and the Presidential Advisory Committee Against Corruption (PACAC) in Abuja.

His words: “The Supreme Court in a lead judgment of Akaahs JSC, recently held that forfeiture under Section 17 of the Advanced Fee Fraud and Other Related Offences Act is a civil process which neither requires the criminal conviction of the property owner nor his innocence.

“This opens the door for forfeiture of assets that the purported owner cannot explain, whether or not an allegation of corruption is made.”

He further noted that corruption which he said the current administration was committed to tackling has made the country’s debt and poverty figures to double in spite of the high oil revenues.

“By that, we mean the stealing of huge public resources directly from the treasury; usually at the highest levels of executive authority; and the stealing of budgeted funds through various schemes.

“We are now poised to deal with the wider problem of systemic corruption; especially where the average person interacts with government.

“Corruption in the issuance of contracts, licenses and other government approvals; there is no reason why any Nigerian should have to give bribe to law enforcement agents for obtaining drivers licenses or passports or to clear goods at our ports.

“All the relevant government agencies have shown a serious commitment to eradicating these forms of corruption; our next level is to create the environment for collaboration between our agencies, civil society and other stakeholders,” he added.