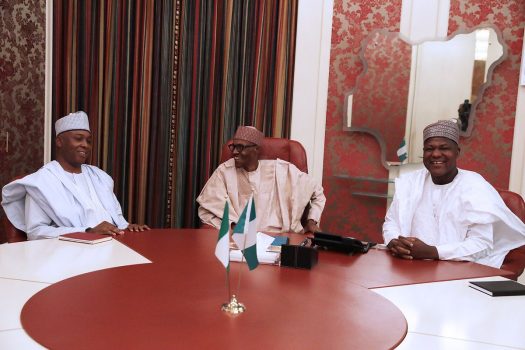 President Muhammadu Buhari on Tuesday said the Executive arm of government had a strained relationship with the outgoing 8th National Assembly under the leadership of Senate President Bukola Saraki and Speaker, Yakubu Dogara.

Speaking at the Iftar dinner (breaking of fast) he hosted for the leadership of the National Assembly led by Saraki at the State House, Buhari said he hoped for a better working relationship between the two arms of government in the incoming 9th Assembly.

He said: “Relations between the Executive and the Legislature were not the best in the 8th National Assembly. I sincerely hope each one of us will do his utmost to ensure there is a better working relationship between these two arms of government in the 9th Assembly so that we can serve the people better.”

While noting that the principal task of the National Assembly is to cooperate with the Executive, the President appealed to the senators and honourable members to put all personal interests and ambitions aside and work for the common good of all Nigerians.