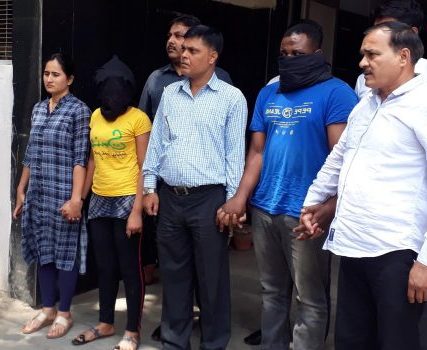 In India’s biggest ever narcotics seizure, the Narcotics Control Bureau (NCB) has arrested two Nigerian nationals and recovered 1,818 kg of pseudoephedrine from a house in Greater Noida.

A man identified as 35-year-old Henry Ideofor, a woman, Chimando Okora and one South African national, Nomsa Lutalo were arrested in the house which reportedly belongs to an Indian Police Service (IPS) officer and was being used as a drug manufacturing unit.

Madhav Singh, the NCB Zonal Director said the seizure is India’s biggest-ever narcotics haul and the world’s largest pseudoephedrine seizure in the past three years. The value of the seized drugs is estimated to be more than several millions in dollars.