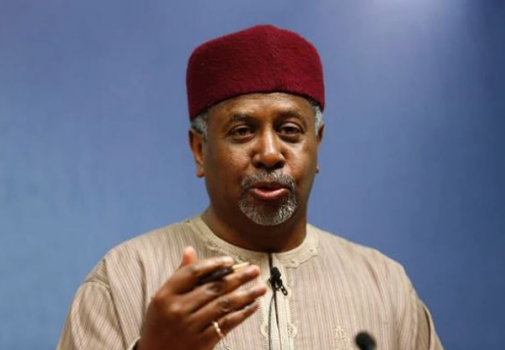 The Court of Appeal in Abuja over the weekend ordered the immediate release from detention of former National Security Adviser (NSA), Col. Sambo Dasuki (rtd) by the Department of State Services (DSS) on conditional bail.

In its judgement, the appellate court described Dasuki’s continued incarceration as illegal, unlawful and unconstitutional as the Service and its Director-General acted outside their constitutional powers in keeping the former NSA in their custody.

In the unanimous judgment of a three-man panel led by Justice Tinuade Akomolafe-Wilson, the court also imposed a fine of N5 million on the DSS to be paid to Dasuki as compensation for the breach of his fundamental right.

The court held that the fundamental right of the former NSA had been brazenly and brutally breached by the prolonged detention without trial over any fresh charge or investigation contrary to the provisions of the 1999 Constitution.

The lead judgment which was read by Justice Akomolafe-Wilson noted that Dasuki, who has been in detention since December 29, 2015 had been admitted to bail in the sum of N100 million and two sureties in the like sum by a Federal High Court sitting in Abuja.

The two sureties, the lower court presided over by Justice Clara Ojukwu had said, would  be serving public servants not below the status of level 16 officers in either state or federal public service or any of its agencies and shall produce valid documents of his or her status to the registrar of the Abuja Federal High Court.

Each surety, the High Court had said, must be resident within the jurisdiction of the High Court and any other physical address must be verified by the court registrar. They were also required to produce two recent passport-size photographs, in addition to deposing to the affidavit of means.

Each of the sureties were also to provide evidence of ownership of property in the Federal Capital Territory worth N100 million.

The Appeal Court ordered that the DSS and its Director-General should not detain Dasuki again and that whenever he is required on any allegation, it must be conducted within the working days and from 9:00 am to 6:00 pm to enable him return home.

In setting aside the stringent bail conditions imposed by the High Court, the appellate court however ordered that Dasuki’s international passport should remain with the deputy chief registrar of the High Court for the time being

The appellate court further commended the findings by Justice Ojukwu that Dasuki had been dehumanized by his prolonged detention but disagreed with her on the refusal to award damages as compensation to assuage the injuries inflicted on the former NSA.

“In my avowed view the learned trial judge misconceived the prayer of the appellant and erroneously interpreted relief 4 for bail as an alternative prayer to relief 7 for damages.

“This error occasioned a miscarriage of justice by the failure to award damages which is a natural consequence for the finding that the fundamental right of the appellant has been grossly violated, upon which the court heavily deprecated the action of the 1st and 2nd respondents.

“The established principle of law as amplified in a plethora of authorities is to the effect that award of damages must flow naturally once the court finds that the fundamental right of an individual has been breached. The compensation is automatic, and ought to be granted, even when the aggrieved party does not pray for compensation.

“The judiciary is the main institution charged with the responsibility for the protection and enforcement of human rights. The fundamental rights intentionally entrenched in our constitution must, therefore, be jealously guarded and protected through practical pronouncements of reliefs granted by the courts so as to assuage citizens whose fundamental rights have been violated.

“The point I am putting across is that effective judicial protection of human rights is an indispensable component of order and good governance so as not to weaken the confidence of the people in seeking judicial enforcement and remedies of their rights.

“I am conscious of the fact that the lower court heavily deprecated the act of the 1st and 2nd respondents for the unlawful continued detention of the appellant, especially where three courts, including the ECOWAS court, had impugned their action of the violation of the appellant’s right.

“The respondents neither cross-appealled nor filed a respondent’s notice on this issue. The decision of the trial court on the finding that the appellant’s fundamental rights were unlawfully breached is therefore, extant. I will, therefore, say no more on this point.

“Each case must be determined on its own peculiar circumstances. In the instant case, the appellant had previously been granted bail by three different courts. The conditions for the bail have been fulfilled and there is no incidence of breach of the conditions granted.

“The law is settled that the main function of bail is simply to ensure the presence of an accused person at his trial.

“The most important consideration in fixing the terms for bail, therefore, is whether the applicant will not escape justice. The law is also settled that stringent and severe conditions are granted only where there is the likelihood that the applicant might jump bail.

“Generally, it is against the spirit of the constitution to impose excessive and stringent conditions for bail, as that will be tantamount to a refusal of bail.

“In the circumstances of this case, especially having regard to the findings of the court as analyzed in the foregoing, the condition for the deposit of N100million by the appellant’s surety as a deposit for his bail is most unnecessary, punitive, onerous and unjustifiable.

“There is no conceivable reason for such oppressive bail condition as granted by the trial court,” Justice Akomolafe-Wilson said in the verdict.

The Appeal Court therefore ordered that Dasuki be allowed to go home upon his perfection of the fresh bail conditions. The judgment was endorsed by Justices Peter Olabisi Ige and Emmanuel Akomaye Agim.