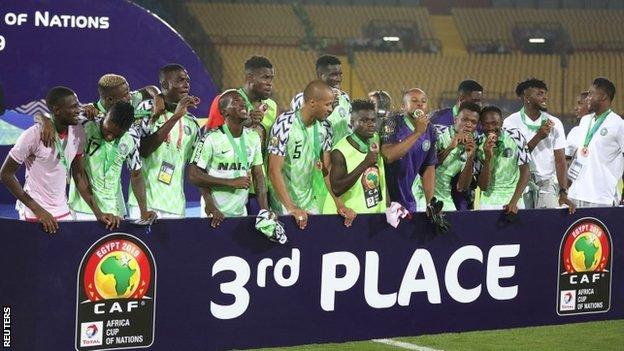 The Super Eagles of Nigeria on Wednesday night clinched the bronze medal of the ongoing Africa Cup of Nations (AFCON) after a hard fought 1-0 victory over the Carthage Eagles of Tunisia at Al-Salam Stadium in Cairo.

Odion Ighalo scored the only goal of the encounter in the 3rd minute and his fifth of the continental tournament to help Nigeria claim victory over the determined Tunisians.

Goalkeeper, Francis Uzoho made his first appearance in the competition while Ola Aina replaced Chidozie Awaziem who was suspended from the game after accumulating two yellow cards.