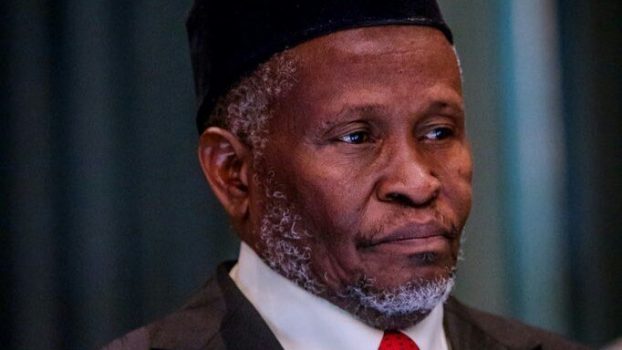 The Nigerian Senate on Wednesday confirmed the appointment of Justice Tanko Muhammad as the country’s substantive Chief Justice.

Justice Muhammad, who arrived the Red Chamber at around 10 :10 am in the company of top judiciary officers in the country was drilled on issues bordering on corruption, administration of criminal justice and funding of the judiciary.

Muhammad has been Acting Chief Justice since January 25 after the then CJN, Justice Walter Onnoghen was suspended from office over non declaration of assets

President Muhammadu Buhari had last Thursday forwarded a letter to the Senate,  requesting the confirmation of Muhammad as the substantive Chief Justice of Nigeria following the recommendation made by the National Judicial Council (NJC).

In making the confirmation, the President of the Senate, Ahmad Lawan said all the relevant credentials of the acting CJN have been distributed to all the Senators for thorough perusal.