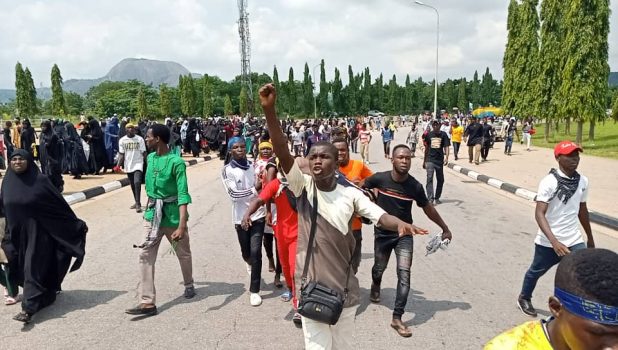 A protest by members of the Islamic Movement in Nigeria (IMN) also known as Shiites in Abuja on Tuesday turned violent when security men tried to prevent them from gaining access into the National Assembly Complex.

While the security men tried to ward them off with teargas, the protesters launched an apparent attack with stones and sticks. Many security men sustained injuries in the process.

The Police has also launched a manhunt for the Shiite members who had stormed the NASS complex to protest the continued incarceration of their leader, Ibrahim El-Zakzaky by the Federal Government since December 2015.