Scroll to Top
Follow
Home » General » Trump Attacks May, Says He Will No Longer Deal With British Ambassador

Trump Attacks May, Says He Will No Longer Deal With British Ambassador 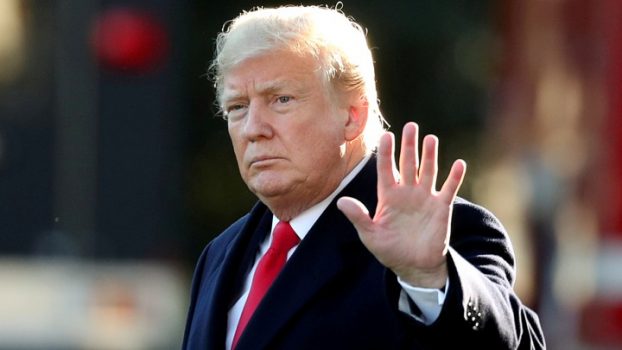 United States president, Donald Trump says he will stop dealing with the British Ambassador to the US, Sir Kim Darrick who described him as ‘inept, insecure and incompetent’ in  leaked memos.

The outgoing British Prime Minister, Theresa May has however given Sir Darrick her full support after Trump tweeted that she made a mess of Brexit.

In a series of tweets on Tuesday, the US president said Sir Darrick was ‘not liked or well thought of within the US’, adding that the American government will no longer deal with him.

He added that  Darrick had previously  not served the UK well but Downing Street responded by saying that the ambassador ‘continues to have the Prime Minister’s full support’.

Trump’s comments are coming just a month after his state visit to the UK .