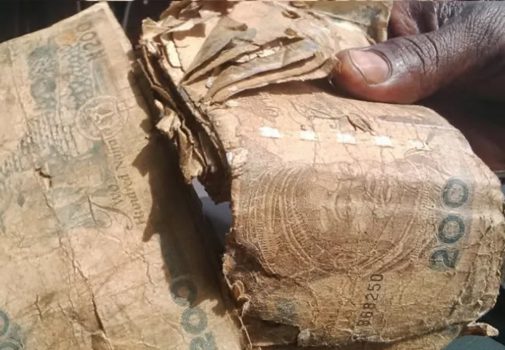 The Central Bank of Nigeria (CBN) says the general public can return mutilated bank notes to their banks after the September 2, 2019 deadline earlier given.

The Director, Corporate Communications of the apex bank, Mr. Isaac Okoroafor told reporters during an interview that banks would continue to accept the bad naira notes from people as part of its efforts to improve the overall quality of money in circulation.

Asked about the September deadline, Okoroafor said: “It is not true. The banks will continue to accept those notes from people. The general public should continue to return mutilated bank notes to their banks after the deadline .

“The September 2, 2019 deadline does not apply to bank customers or the general public who will continue to return mutilated notes to the banks. It only applies to the banks because free sorting of naira notes for them will cease at the expiration of that deadline.”

He further explained that September 2 was the deadline after which the CBN would begin to charge banks for the bad notes.

“We opened a window from June to September so that when they bring the notes without sorting, we can sort them for them free. But as from September 2, if they get those notes, they need to sort them before they bring them to us.

“The deposit of mutilated notes by customers and acceptance by commercial banks is a normal and continuous banking practice and as such continues even after September 2.

“Anyone whose qualifying mutilated note is rejected by any bank should report such a bank to the CBN by calling 07002255226 between 9 am and 4 pm daily,” he added.