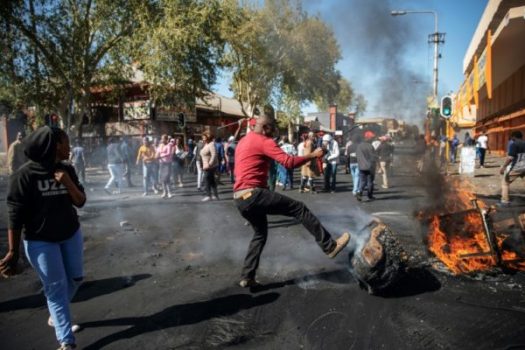 President Muhammadu Buhari has sent a special envoy to South African President,Cyril Ramaphosa, to register his displeasure over the killing of Nigerians in South Africa.

A statement released by the Presidency in Abuja on Tuesday and signed by the President’s Special Adviser on Media and Publicity, Mr. Femi Adesina said the envoy was expected to land in Pretoria by Thursday.

Although the statement did not give the name of the envoy, it said that Buhari was deeply concerned about the reported attacks on Nigerian citizens and property in South Africa since August 29, 2019.

The Presidency also stated that Buhari had already instructed the Minister of Foreign Affairs, Geoffrey Onyeama to summon the South African High Commissioner to Nigeria and get a brief on the situation.

Buhari further expressed Nigeria’s displeasure over the inhuman treatment meted out to her citizens, assuring that his administration was committed to ensuring the safety of the lives and property of Nigerians residing in South Africa.