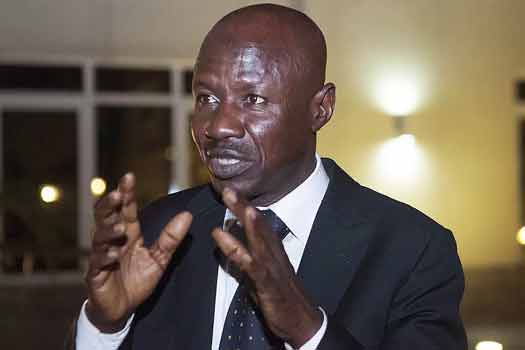 The recent threat by President Muhammadu Buhari to conduct a forensic audit on the accounts and activities of the Niger Delta Development Commission, NDDC appears to be creating dramatic developments.

A man identified as Robert Swem Terfa was on Friday arrested by operatives from the Port Harcourt Zonal Office of the Economic and Financial Crimes Commission.

According to the spokesman of the EFCC, Wilson Uwujaren, the man was arrested at Juanita Hotel, Port Harcourt where he was holding a meeting with some directors of the NDDC.

Terfa, according to Uwujaren had contacted the directors, reminding them that President Buhari would soon conduct the forensic audit and that their names were on the list of individuals being investigated over some phantom contracts.

The man who claimed to be a representative of the EFCC Chairman, Ibrahim Magu, allegedly told the directors that their names would be removed from the list if they paid certain amounts of money as bribe.