Scroll to Top
Follow
Home » Business & Economy » There Is No Hunger In Nigeria : We Produce Enough Food To Feed Ourselves – Nanono

There Is No Hunger In Nigeria : We Produce Enough Food To Feed Ourselves – Nanono 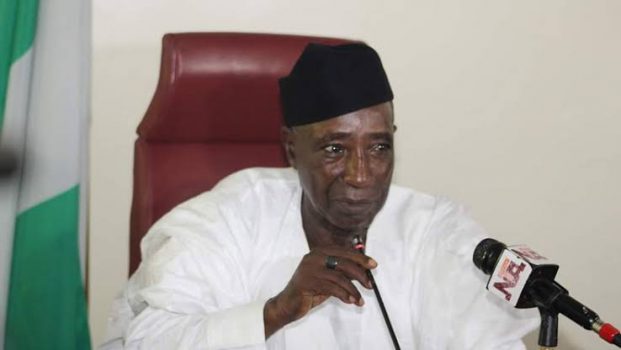 Nigeria’s Minister of Agriculture and Rural Development, Sabo Nanono on Monday said that the country was producing enough food to feed itself and send to neighbouring countries.

Nanono, who made the claim  while speaking at a press briefing to mark the 2019 World Food Day in Abuja described the cry 0f hunger in the land by some Nigerians as laughable and untrue.

“I think we are producing enough to feed ourselves. I think there is no hunger in Nigeria, there could be inconveniences. When people talk about hunger in this government, I just laugh,” Nanono said.

According to the Minister, the price of foodstuff is relatively cheap in Nigeria when compared to other countries across the world.

He explained that the Federal Government decided to shut its borders owing to the excesses of neighbouring countries which had made the country a dumping ground for expired rice and other goods.

“That’s the basis for the closure of the border and I think Nigeria tried to make these neighbouring countries understand our predicament but to no avail.

“So long as these countries bordering us will not respect Nigerian stand on food importation, the borders will remain closed,” he added.