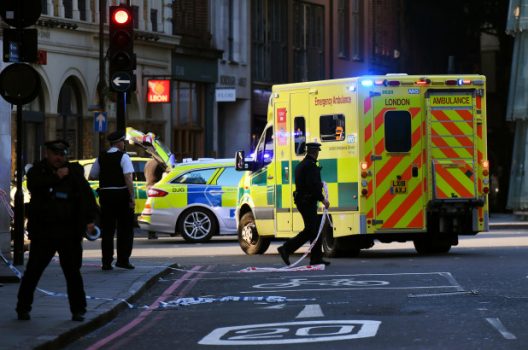 Two people were killed and a number of others injured in a terrorist attack near London Bridge on Friday. The suspect was however wrestled to the ground by passersby and shot dead by police.

The suspect was killed after emergency services were called to a scene of a stabbing incident at a premises close to the bridge shortly before 2.00 pm on Friday.

The suspect, dressed in black, then appeared to try to rise before security men fired four shots. One man wearing a suit appeared to have removed a large knife from the suspect before the shots were fired and was filmed running down the road away from the scene gesturing at others to get back.

Police confirmed the suspect died at the scene. It is believed that he was acting alone.