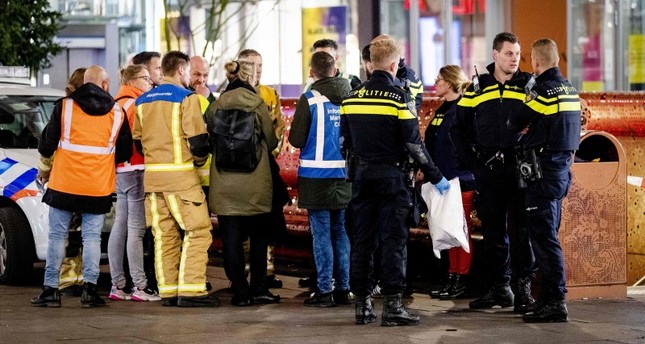 At least three people have been stabbed in an attack at a department store in a busy shopping street in The Hague, Dutch police say. The incident comes same day as a man stabbed two people to death and injured others in a suspected terror attack in London.

Dutch Police are searching for a man aged between 45 and 50, wearing a grey jogging tracksuit, who they believe may be behind the attack.

The condition of those injured and the motive for the attack are currently unknown.

Police have urged the public to contact them if they witnessed the attack or see anyone matching the description of the suspect.

They also requested that anyone with images or footage of the incident send it to police.