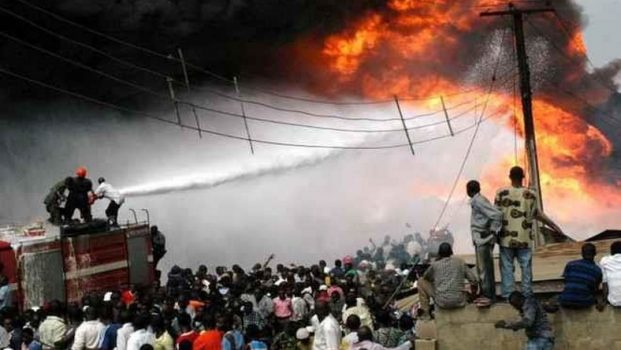 At least two persons have been reported dead, with over 20 others seriously injured in a gas explosion at Aduke Street in Ajegunle, Ajeromi Ifelodun Local Government Area of Lagos State.

Confirming the incident, the Director-General of the Lagos State Emergency Management Agency (LASEMA), Dr. Femi Oke-Osanyintolu said that two children were burnt to death in the incident.

Oke-Osanyintolu said: “Upon arrival at the scene of the incident, it was discovered that a gas cylinder store had exploded as a result of gas leakage.

“Further investigations revealed that the fire was ignited as a result of a call being made by an unidentified resident near the gas retailing shop. The fire escalated to other nearby shops and a bungalow behind the shops.

He further disclosed that all the casualties had been evacuated to the Burn Unit, Gbagada General Hospital, Lagos.