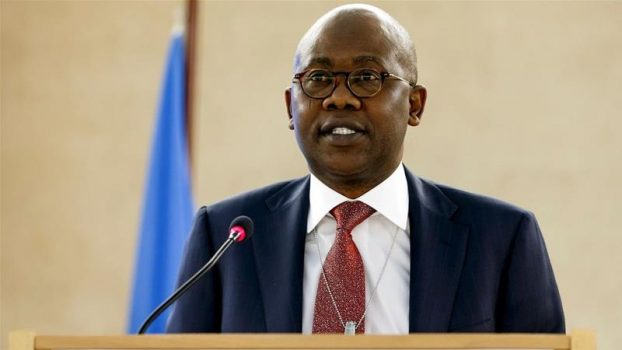 A High Court sitting in Maitama, Abuja on Friday granted an ex-parte application made by the Economic and Financial Crimes Commission, EFCC seeking  the detention for 14 days of former Attorney-General of the Federation and Minister of Justice, Mohammed Adoke (SAN).

Mohammed Adoke was arrested on arrival from Dubai, on Thursday. He was before now detained in Dubai by the Interpol who arrested him on November 11 following a bench warrant obtained by the Economic and Financial Crimes Commission.

The EFCC said the detention was necessary to enable the Commission conclude investigation into the alleged role the he played in the alleged $1.2 billion Malabu Oil bloc fraud.

Justice Othman Musa gave the ruling for his detention..