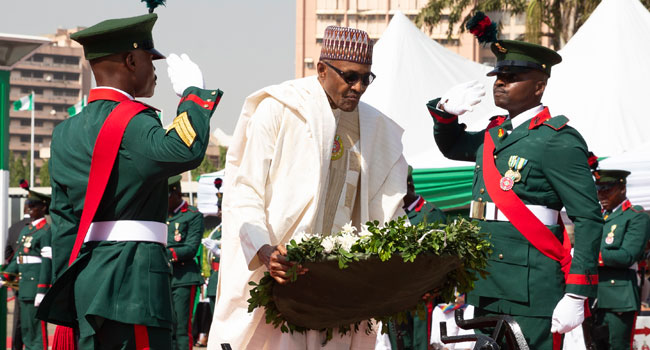 The Eagle Square this morning was effectively cordoned off by security men as the 50th Anniversary edition of the Armed Forces Remembrance Day kicked off in Abuja.

The ceremony itself was profoundly solemn with President Muhammadu Buhari leading other state functionaries to lay wreaths at the Remembrance Arcade.

After the President, Vice President Yemi Osinbajo laid wreaths and was followed by the representative of the Senate President and the Speaker of the House of Representatives. The Chief Justice of the Federation was next.

The traditional 21-gun salute was observed. The ceremony proper ended with President Buhari releasing pigeons which were all white. Indeed, the immaculate white colour of the birds was a sight to behold