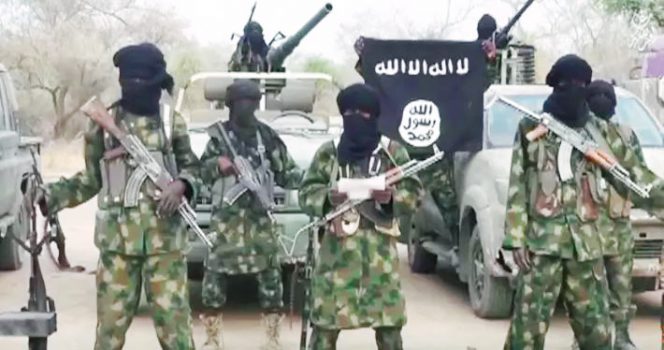 The attack happened a few hours after President Muhammadu Buhari paid a condolence visit to the people of the state over the killing of 30 persons by the insurgents at Auno village on Sunday.

Sporadic shooting by the terrorists sent many residents of the city scampering for safety. However, the insurgents were soon overpowered by the superior fire power of troops from the Nigerian Army.

Buhari had headed directly to Borno from Ethiopia where he attended the African Union summit.

Speaking at the palace of the Shehu of Borno, Alhaji Abubakar El-Kanemi, the president  said Boko Haram could not thrive without local support.

The President however assured the people that more proactive and decisive measures would be taken by the Federal Government to put an end to the Boko Haram menace once and for all.

Boko Haram has continue to thrive in Northern Nigeria despite the government’s effort to exterminate the terrorist organisation.