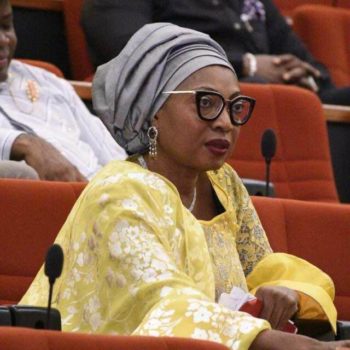 The Senator who was the Chairman of the Senate Committee on Trade and Investment died yesterday in a medical facility in the United Kingdom. She was aged 63.

She was elected into office as the first female representative of the Yala/Ogoja Federal Constituency in June 2011 and sat as Deputy Chairman House Committee on Education.

She was later elected as the first female senator of Cross River North Senatorial District in June 2015 and re-elected in 2019.