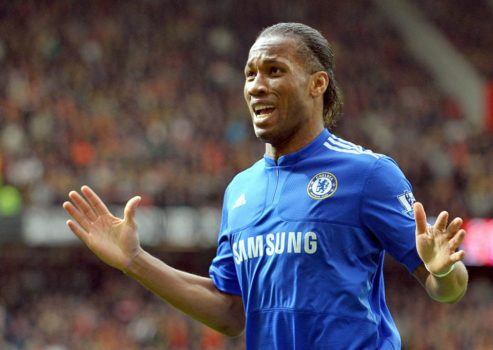 Chelsea legend, Didier Drogba has allowed his hospital in Ivory Coast to be used as a Coronavirus treatment centre.

The Didier Drogba Foundation opened the hospital in the 42-year-old’s hometown of Abidjan in 2016. The infirmary is named after Ivory Coast’s famous footballer, Laurent Pokou.

The head of Abidjan’s regional council, Vincent Oh Bi Irie expressed his gratitude to Drogba after the gesture. He said: “We thank Drogba for this gift considered as an act of patriotism.”

The hospital is set to be made functional by the Ivory Coast government. “It’s up to the state to validate it and make it functional,” the Didier Drogba Foundation director, Mariam Breka said.

Drogba scored 65 goals in 105 appearances for Ivory Coast before retiring from international football in 2014.

574 people have tested positive for the virus in Cote D’Ivoire and 5 deaths have been recorded.