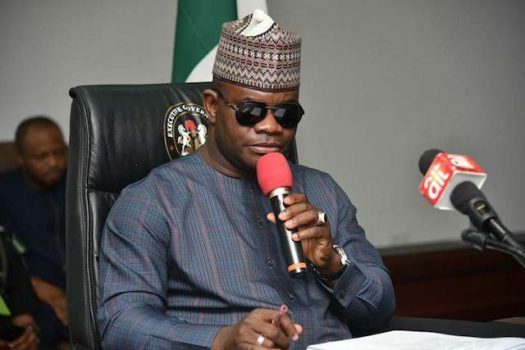 The petition had been filed by Mr Musa Wada, the governorship flagbearer of the Peoples Democratic Party (PDP) in the 2019 election.

Wada was challenging the election of Bello in the Nov. 16, 2019 poll, alleging that the election was marred with violence and other irregularities including corrupt practices.

In a judgment of two to one, delivered by the Chairman of the Tribunal, Justice Kashim Kaigama on Saturday, the tribunal held that the petitioner failed to prove the allegations of over-voting, massive thumb printing, voter intimidation, and other electoral malpractices.

The tribunal also awarded a cost of one million naira to be paid by the petitioners, PDP and Musa Wada to INEC, Yahaya Bello and APC who are the respondents.

But in his dissenting judgment, one of the tribunal members held that Bello was not the duly elected governor of Kogi State.

“I hereby nullify the election of  Bello and make an order that the Independent National Electoral Commission (INEC) conduct fresh elections within three months from today.