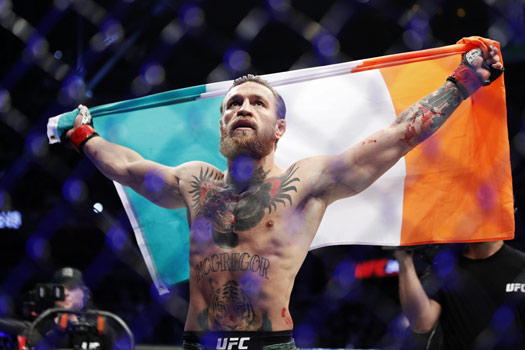 The two-division Ultimate Fighting Championship (UFC) World Champion said his fighting days were over in a Twitter message posted on his verified account.

Hey guys I’ve decided to retire from fighting.
Thank you all for the amazing memories! What a ride it’s been!
Here is a picture of myself and my mother in Las Vegas post one of my World title wins!
Pick the home of your dreams Mags I love you!
Whatever you desire it’s yours ❤️ pic.twitter.com/Dh4ijsZacZ

This is not the first time the mixed martial arts star has announced his retirement on social media.

He announced his retirement from the sport in March of 2019 but returned to the ring earlier this year to battle American fighter, Donald “Cowboy” Cerrone in Las Vegas, Nevada.

He went on to beat the Cowboy with a technical knockout after 15 months of retirement. And in 2016, he tweeted, “I have decided to retire young. Thanks for the cheese. Catch ya’s later.”

McGregor, one of the most popular fighters in MMA history, has a record of 22-4 and was the first UFC fighter to hold two championship belts at the same time.