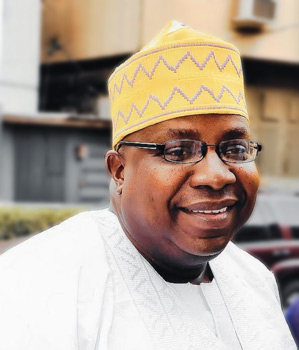 Mr. Solomon Adedotun Adegboyega is a first-rate corporate administrator. He has spent over 30 years in management and his dexterity is widely acknowledged. He is today the Managing Director of CSS Bookshops Ltd, one of Nigeria’s earliest printing, publishing and book-selling companies which was established in 1869.

As a mark of his recognition as a veritable achiever in Corporate Administration, Adegboyega was recently honoured with the Development in Nigeria Merit Award which is part of the PSR National Awards by People & Power.

Born on January 20, 1962, Adegboyega is a product of the Yaba College of Technology, Yaba, Lagos where he had an Upper Credit in Business Administration in 1985. He is also a product of the University of Ibadan where he earned an M.Sc in Managerial Psychology in 2002.

His work history began at Nuyi Knitting Industry Ltd, Ibadan in 1986 where he worked as Administration Manager. He was there until 1990 when he joined the services of CSS Bookshops Ltd, Lagos.

In 1993, he was made Company Secretary of CSS Bookshops. His abilities were so convincing to the company that in the year 2004 he was elevated to the position of General Manager/Company Secretary. He got to the peak of the company’s management in 2008 following his appointment as Managing Director.

Adedotun Adegboyega is highly exposed professionally. He has attended various workshops and seminars organized by the Institute of Directors and the Lagos Business School. He represented Nuyi Knitting Industry at a UNIDO – organized conference in Freetown, Sierra Leone in 1987. He represented CSS Bookshops Ltd at the 2005, 2006, 2008 and 2017 editions of the London Book Fair in the UK.

He is a member of the Chartered Institute of Personnel Management of Nigeria, the Institute of Directors Nigeria, the Nigerian – British Chamber of Commerce, Lagos Country Club Ikeja, Federal Civil Service Club, Ikoyi and the Young Men Christian Association of St. Paul’s African Church, Ilupeju.

He is married with children.