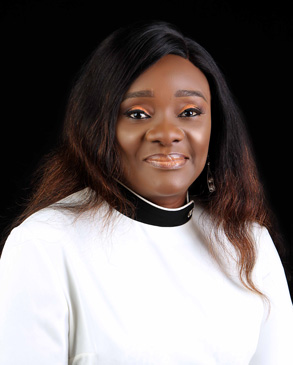 When the list of distinguished female achievers in Nigeria is compiled, the name, Princess Ime Usen Udo is sure to be featured prominently. This is because of her immense contributions to the tourism sector of Nigeria.

Princess Ime  was born on April 9, 1969 to the royal family of Late Chief Okon Akpan Una of Obong Item Ikono, Akwa Ibom State. A second child of the family, she had her early education in Lagos and then proceeded to the Federal Government Girls College, Bauchi. She later obtained her Bachelor’s degree in English from the University of Uyo and a Post Graduate Diploma (PGD) in Human Relations from the University of Lagos.

Princess Ime served as the General Secretary of the Nigeria Association of Tour Operators (NATOP) from 2016 to 2018 and is currently the Vice President of the association. She is also the Secretary (Membership) of the Federation of Tourism Associations of Nigeria which is the umbrella body for all tourism associations in Nigeria.

She has worked as a Tourism Consultant to various renowned companies in Nigeria including the Cross River State Government (Cross River Tourism Bureau) from 2005 to 2015, the Federal Ministry of Tourism and Culture, Abuja (2011-2017) and the Ministry of Tourism and Home Affairs of the State of Osun (2019). She was also nominated to the Governing Board of the National Council for Arts and Culture (NCAC) and also the Chairman, Technical Committee of the board (2015-2016)

Princess Ime Usen Udo is happily married to Engr. Usen Udo and they are blessed with three children. An ardent servant of God, she is a pastor of the Revival Assembly Church.