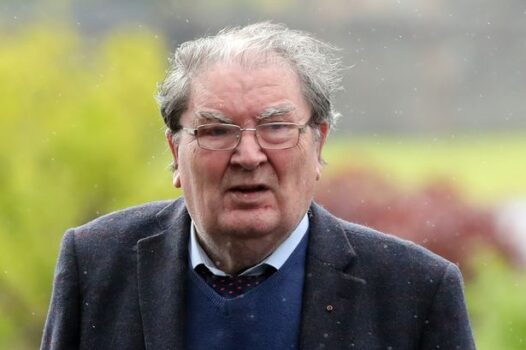 He was one of the founding members of the Social Democratic and Labour Party (SDLP) in 1970 and went on to lead the party from 1979 until 2001.

He shared the Nobel Peace Prize with David Trimble of the Ulster Unionist Party after the pair helped forge the 1998 Good Friday peace agreement which brought an end to the Troubles.

“We are deeply saddened to announce that John passed away peacefully in the early hours of the morning after a short illness,” Hume’s family said in a statement.

“John was a husband, a father, a grandfather, a great-grandfather and a brother. He was very much loved, and his loss will be deeply felt by all his extended family.”

Hume had been suffering from dementia and had been in the care of a nursing home in Londonderry.