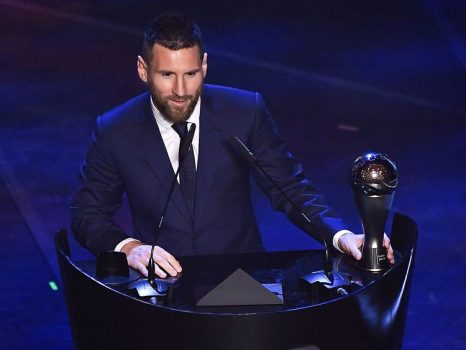 Barcelona superstar, Lionel Messi has caught up with longtime rival, Cristiano Ronaldo by earning $1 billion before tax cumulatively in his career.

Forbes estimates Messi’s total yearly earnings for 2020 — including endorsements — at $126 million, ahead of Juventus forward Ronaldo in second on $117 million. Paris Saint-Germain’s Brazilian forward Neymar is in third with $96 million and teammate Kylian Mbappe, by far the youngest player in the top 10, is fourth with $42 million.

Messi,  the six-time Ballon d’Or winner is set to earn £98 million this year due to his wages and variety of sponsorship deals.

He is the face of Adidas and has multi-year contracts with drinks company Pepsi and video game publisher Konami.

Ronaldo comes in second place this year, with the Juventus man earning around £91 million.

Check out the entire top ten below.