Trump Turns Down Proposal To Have Virtual Debate With Joe Biden 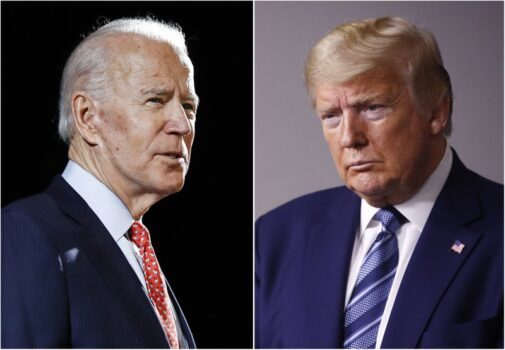 President Donald Trump said Thursday that he will not participate in the second presidential debate with Joe Biden after the Commission on Presidential Debates said the event will be held virtually in the wake of the President’s positive coronavirus diagnosis.

The president’s declaration came less than an hour after organisers announced that the debate would be taking place virtually.

“The second presidential debate will take the form of a town meeting, in which the candidates would participate from separate remote locations,” the commission said in a statement.

“The town meeting participants and the moderator, Steve Scully, Senior Executive Producer & Political Editor, C-SPAN Networks, will be located at the Adrienne Arsht Center for the Performing Arts of Miami-Dade County in Miami, Florida. The White House Pool will provide coverage of the second presidential debate.”

The Commission on Presidential Debates said the decision was made to “protect the health and safety of all involved”, with the president’s positive coronavirus test having come just days after the first debate last week.

Trump had previously said he looked forward to debating  Biden on stage and on Monday, Biden said he would share a stage with Trump as long as medical experts gave the go-ahead.