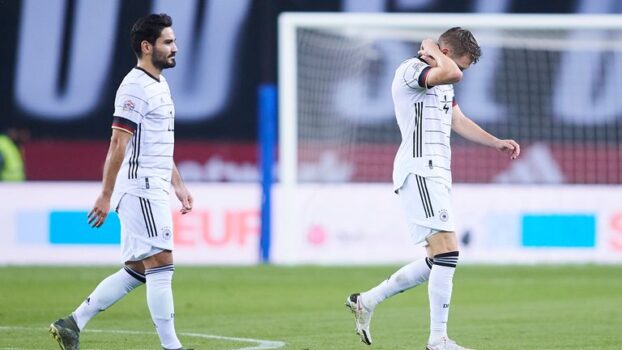 Germany’s humiliating  defeat by Spain on Tuesday night was the former’s worst football defeat in almost 90 years . Indeed, football analysts and historians think it was Germany’s worst competition defeat ever.

The 2014 World Cup winner was humiliated 6-0 by Spain in the final UEFA Nations League group stage match on Tuesday.

It was the first time in Manuel Neuer’s career — either for club or country — that the 34-year-old had conceded six goals. And this on his 96th international appearance, as the Bayern star broke Sepp Maier’s record to become Germany’s most-capped goalkeeper.

Ferran Torres scored a hat-trick while Alvaro Morata, Rodri and Mikel Oyarzabal all got on the scoresheet.

The result surpassed famous losses such as the 5-1 defeat to England in 2001 and the 8-3 defeat West Germany suffered to Hungary during the 1954 World Cup.

Germany failed to have a single shot on target during the game, and had only 30 per cent of possession.