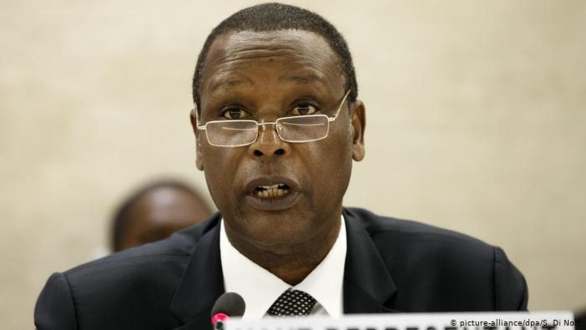 Burundi’s former president, Pierre Buyoya has died in Paris of Covid-19 at the age of 71. His death came a few weeks  after he resigned as the African Union’s special envoy to Mali and the Sahel.

Buyoya was hospitalized in Mali’s capital, Bamako on Wednesday, a family member said.

“He was evacuated to Paris yesterday afternoon. His plane made a stopover and arrived in France in the evening.”

“He died as the ambulance took him to hospital in Paris for treatment” on Thursday night, the source added.

Buyoya died just two months after being convicted in absentia by a court in Burundi of the 1993 murder of his successor, a killing that triggered more than a decade of ethnic bloodletting.

“The death of former president Pierre Buyoya is confirmed. There is no more doubt,” the head of the information and communications division at the office of Burundi’s president, Willy Nyamitwe said in a tweet.

Buyoya, a member of the Tutsi minority that held power in Burundi for decades after the country’s 1962 independence from Belgium, was president for 13 years in total during two stints, from 1987-1993 and from 1996-2003.

From 2012, Buyoya served as the African Union’s envoy for Mali and the Sahel region. He resigned last month after his conviction in absentia at home.

Buyoya first took power in 1987, ousting president Jean-Baptiste Bagaza in a military coup. In June, 1993, he left office after losing Burundi’s first free election to Melchior Ndadaye, a member of the Hutu majority.

Just three months after Ndadaye took office, soldiers from the still Tutsi-dominated military captured and killed the new president. His death unleashed a conflict in which both the Tutsi-led army and mainly Hutu rebels were accused of atrocities against civilians.

In October, Burundi’s Supreme Court convicted Buyoya in absentia of Ndadaye’s murder, sentencing him to life in jail.
Recommended stories you may like: