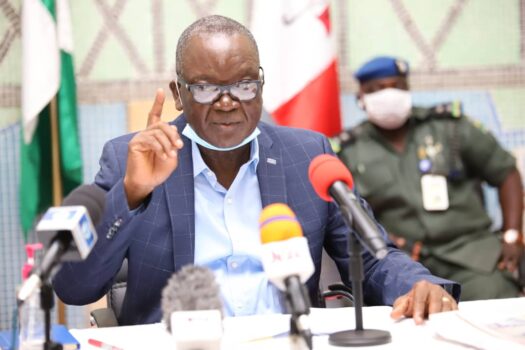 The Benue State Government, Thursday, released to their owners  210 cows impounded from Fulani herders who earlier in the month violated the state Open Grazing Prohibition and Ranches Establishment Law of 2017.

Handing the cows over to the herders at the government confinement in Makurdi, the Commander of Benue Livestock Guards, Mr. Linus Zaki explained that the cows were released after the prescribed fines were paid.

According to him, “We are releasing a total of 210 cows to their owners. We arrested the 140 cows at the Mbalagh Council ward of Makurdi Local Government Area, LGA, on February 11, 2021.

“We also arrested 70 others at Gbajimba in Guma LGA, on February 16, 2021. The two owners came and paid their fines as stipulated by law.  That is why we are releasing them.

“As we do this I want to advise the herder to understand that we have an existing grazing law that is no respecter of any person. So if they want to do their business in Benue they should do the right thing by applying for land and ensuring that they ranch their cows. Anything outside that will not be tolerated,” Zaki said.

Reacting, the owner of the 140 cows impounded at Mbalagh, Alhaji Abdullahi Haruna commended the government for ensuring the release of his livestocks after the necessary payments were made.

On his part, the owner of 70 cows impounded in Gbajimba, Alhaji Mohammed Haro said after following due process his cattle were released without hitches and commended the government for returning the cows.

He called for sustained advocacy and sensitization campaign to further arm herders with the provisions of the law.

He said the herders were prepared to embrace ranching, “but our difficulty is how to strictly observe the law. It requires that we move from the rudimental  level to the modern system which is ranching, and we will have to adjust gradually.”