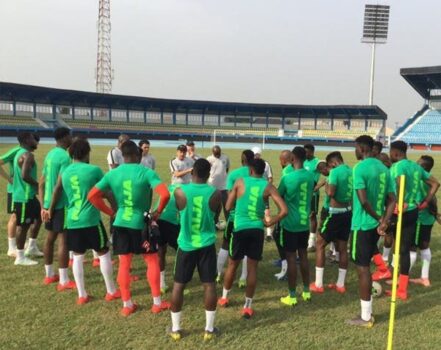 According to the team’s media officer, Babafemi Raji, the players were already in camp as at late Monday.

The players are camped at the Eko Hotels and Suites and will begin training Tuesday (today) at the Teslim Balogun Stadium, Lagos ahead of the build-up to their games billed for Saturday and Tuesday next week.

Enyimba goalkeeper John Noble was on the initial 24-man list for both games but his teammate Anayo Iwuala and Abia Warriors’ centre-back Adekunle Adeleke were handed invitations from the domestic league, following the withdrawals of some europe-based players from the squad.