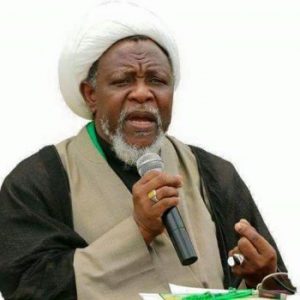 A Kaduna State High Court has freed the embattled leader of the proscribed Islamic Movement in Nigeria, Sheikh Ibrahim El-Zakzaky and his wife from incarceration.

In a ruling, the presiding judge, Justice Gideon Kurada upheld the no-case submission filed by El-Zakzaky and his wife over the charges of  alleged culpable homicide, unlawful assembly and disruption of public peace levelled against them by the Kaduna state government.

The judge in his ruling held that the prosecution failed to establish a prima facie case against the defendants.

For the past four years, El-Zakzaky and wife had been on trial over the charges which were filed by the Kaduna State government.