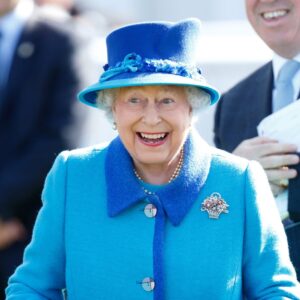 World Leaders have been paying tribute to Britain’s longest ever reigning monarch, Queen Elizabeth II who died on Thursday at the age of 96.

Queen Elizabeth spent more than seven decades on the throne, overseeing a time of great transformation for Britain at home and a reign that saw the end of its global empire abroad after the Second World War.

France’s Emmanuel Macron led the tributes, remembering “a kind-hearted queen” who was “a friend of France”.

US President Joe Biden first met Her Majesty 40 years ago and described her as “more than a monarch – she defined an era”.

Remembering his visit to the UK in 2021 as president, Mr Biden said “she charmed us with her wit, moved us with her kindness, and generously shared with us her wisdom”.

“Queen Elizabeth II was a stateswoman of unmatched dignity constancy who deepened the bedrock of the Alliance between the United Kingdom and the United States. She helped make our relationship special,” Mr Biden added.

Chinese President Xi Jinping offered “sincere sympathies to the British government and people” following the Queen’s death, adding: “Her passing is a great loss to the British people.”

An emotional Justin Trudeau said she had “an obvious deep and abiding love for Canadians”.

“In a complicated world, her steady grace and resolve brought comfort to us all,” the prime minister said, adding that he would miss their “chats” where she was “thoughtful, wise, curious, helpful, funny and so much more”.

“She was one of my favourite people in the world, and I will miss her so,” he said, holding back tears.