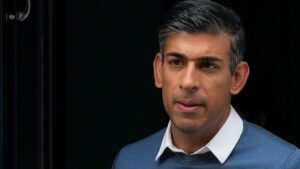 He will become the third person to lead the country in seven weeks, and the fifth since 2016. His rival Penny Mordaunt failed to secure the necessary 100 nominations from her fellow MPs.

“This decision is an historic one and shows, once again, the diversity and talent of our party,” Mordaunt said in a statement as she withdrew from the race just minutes before the winner was due to be announced. “Rishi has my full support.”

Sunak, one of the wealthiest politicians in Westminster and set to be the country’s first leader of colour, will be asked to form a government by King Charles, replacing Liz Truss, the outgoing leader who only lasted 44 days in the job before she resigned.