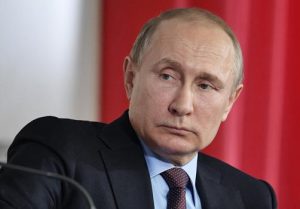 Grain shipments from Ukraine will resume on Wednesday after Russia agreed to rejoin a UN-backed initiative to allow exports via the Black Sea.

President Recep Tayyip Erdogan said Russian Defense Minister Sergei Shoigu informed Turkish Defense Minister Hulusi Akar that the deal for a humanitarian grain corridor would “continue in the same way as before” as of noon Wednesday.

The next shipments of grains will head to Somalia, Djibouti and Sudan, countries particularly vulnerable without Ukrainian agricultural imports, the Turkish president added.

Russia suspended its participation in the grain deal over the weekend, citing allegations of a Ukrainian drone attack against its Black Sea flee. The Russian Defense Ministry said Monday that ship traffic from ports in southern Ukraine was halted, calling the movement “unacceptable.”